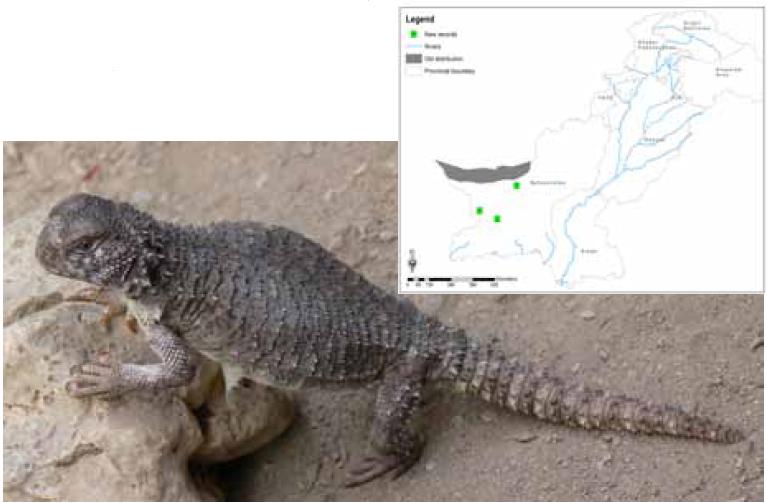 Syed Shamim Fakhri from Zoological Survey of Pakistan while conducting herpetological surveys in Balochistan Province during August 2009, found six specimens of the Seistan spiny-tailed ground lizard or Seistani sanda in Kharan, Washuk and Punjgur districts. It was previously reported from Chaghai in Balochistan along Pak- Afghan border whereas; the current findings extend the distribution range of the species to further south of the country. Seistani sanda is a herbivore lizard taking leaves and flowers of grasses and other vegetation around. Its burrow has a wide opening. It uses its spinose tail as a weapon by lashing it out and does not attempt to bite.